A couple of weeks ago I visited Los Angeles for the first time. I was flying out with Puma and my Team Faster crew but decided to travel a little earlier than planned to explore LA…

Travelling alone can be quite daunting sometimes, but it can also mean that you fully throw yourself into the culture of the destinations that you are travelling to. It may sound ridiculous, but I literally had no clue about LA other than what I’d seen in films and heard from friends. Inundated with recommendations of where to eat, stay, party and chill, I set off on my journey to see just what LA had in store!

I decided to stay in Venice after finding a cute Airbnb at a great price- close to Venice beach and just down the road from the buzz of Santa Monica. Arriving at around 8pm LA time (4am GMT), I was a little bit dazed from the 12 hour flight and time difference. Dropped alone by my cab in the pitch black to the quiet backstreet of my apartment, I wasn’t too sure how to feel. In fact, I think that I felt a little overwhelmed. I decided to stay up for a couple of hours to try and balance out my sleeping pattern and then headed to bed.

Day One. 5am. Not too bad a time to wake seeing as it would be 1pm in the U.K.! I waited for it to get a little lighter outside (sunrise was around 6:30am, as I was travelling just after the clocks went back for Winter hours) and then headed out for a run. I love to run when I’m travelling, as it’s a great way to see more of your location. Leaving my apartment to pastel tinted skies and palm trees, I already felt a warming to LA. I ran all of the way to Venice beach and after seeing those Californian waves crashing on to the shore, decided that Los Angeles was definitely for me.

I had the morning free so headed to a local supermarket to stock up on fresh food and water. There were a couple of boutiques along the way that caught my eye so I hopped into those before heading back.

Now it would be silly for me to travel all of the way to LA without arranging to test shoot and take advantage of that infamous LA light. It was also a great way for me to meet new people. My first shoot was the afternoon of Day One with film photographer Johanna Roe (Insta: @jo.roe) and her photographer friend Alan Krespan (Insta: @inthatpocket). Jo even arranged hair by the fabulous Lydia Ouellette (Insta: @hairbylydiao) who created beachy waves and I did my own natural makeup.

We headed to Malibu beach, which I have to say is absolutely stunning! Filled with surfers, candy floss skies and views of islands across the horizon, it was dream-like. We caught sunset and then headed to a nearby restaurant for post-shoot drinks. Here are a couple of images that we managed to capture that afternoon. 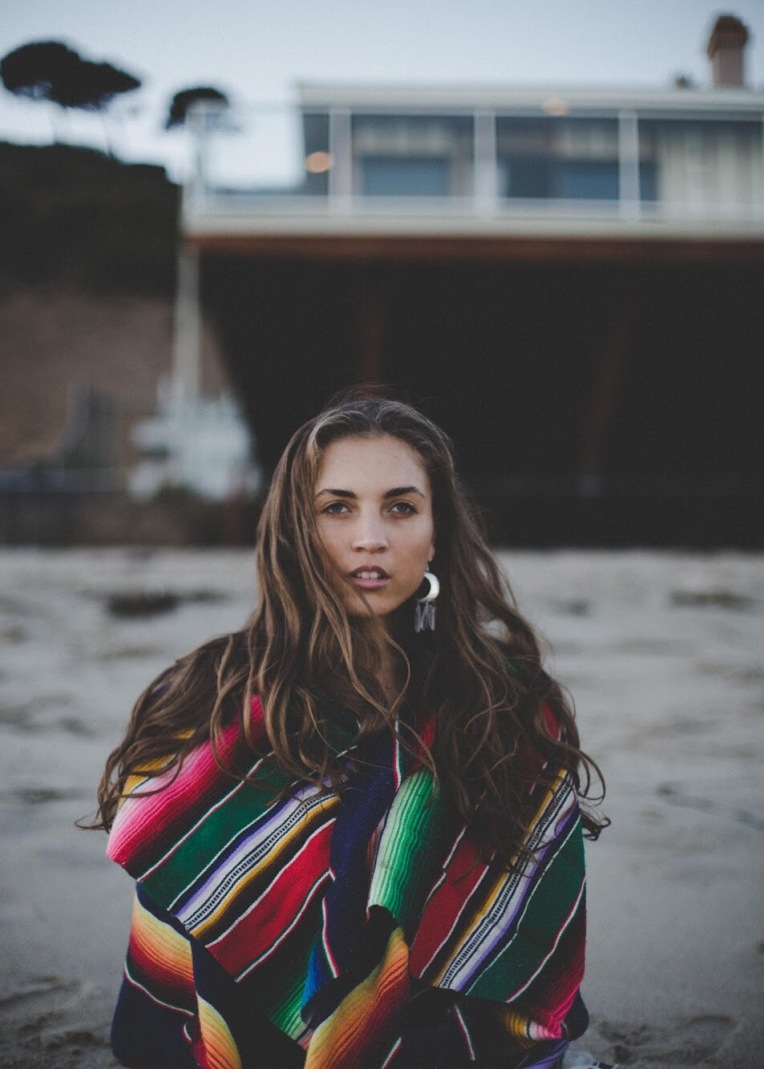 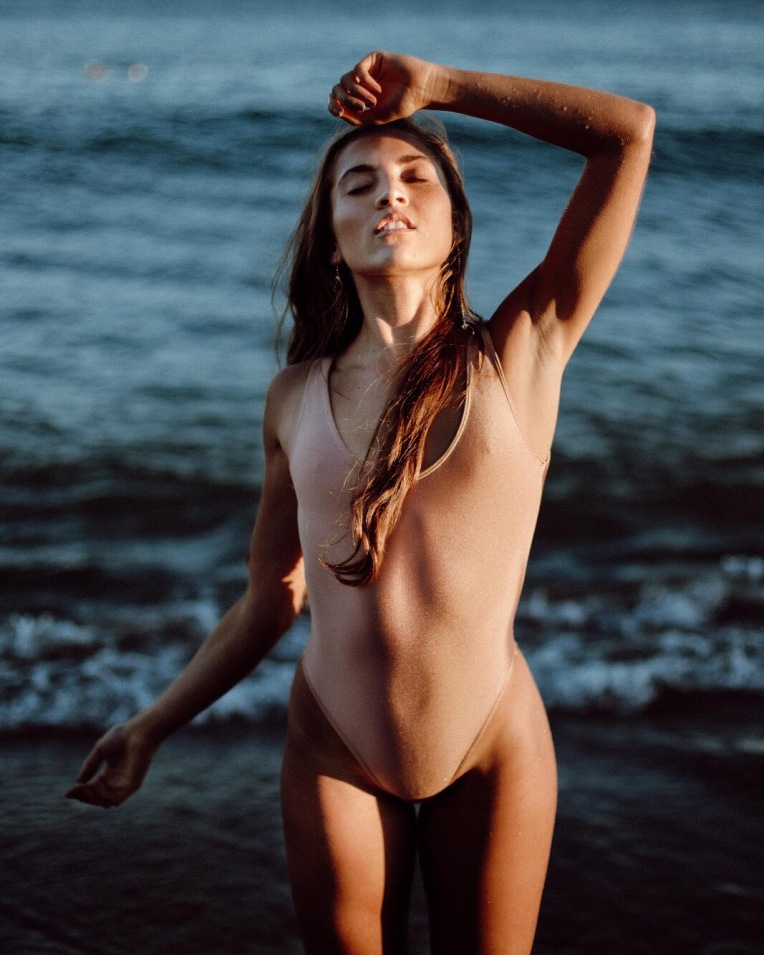 Day Two. 3am. The jet lag has hit! But it’s okay. I have another test shoot today and we’re driving into the desert so have an early start anyway.

Everyone back home was already awake (seeing as it was 11am there) so I had a chance to catch up with friends before being picked up by Curtis Jehsta (Insta: @curtisjehsta) to drive to Palm Springs. We set off on the near two hour trip, calling at Target on the way- I’d never been to a Target before but was pretty impressed at how huge it is! We drove down the wide Californian roads until we landed ourselves amongst mountains and desert sands. Stopping off in Palm Springs first, it wasn’t what I’d imagined. There was so much there! A whole complex of hotels, boutiques, restaurants and homes, which seemed to extend for miles. It was also much hotter than the coast, hitting 30 degrees and above. Not bad for November. 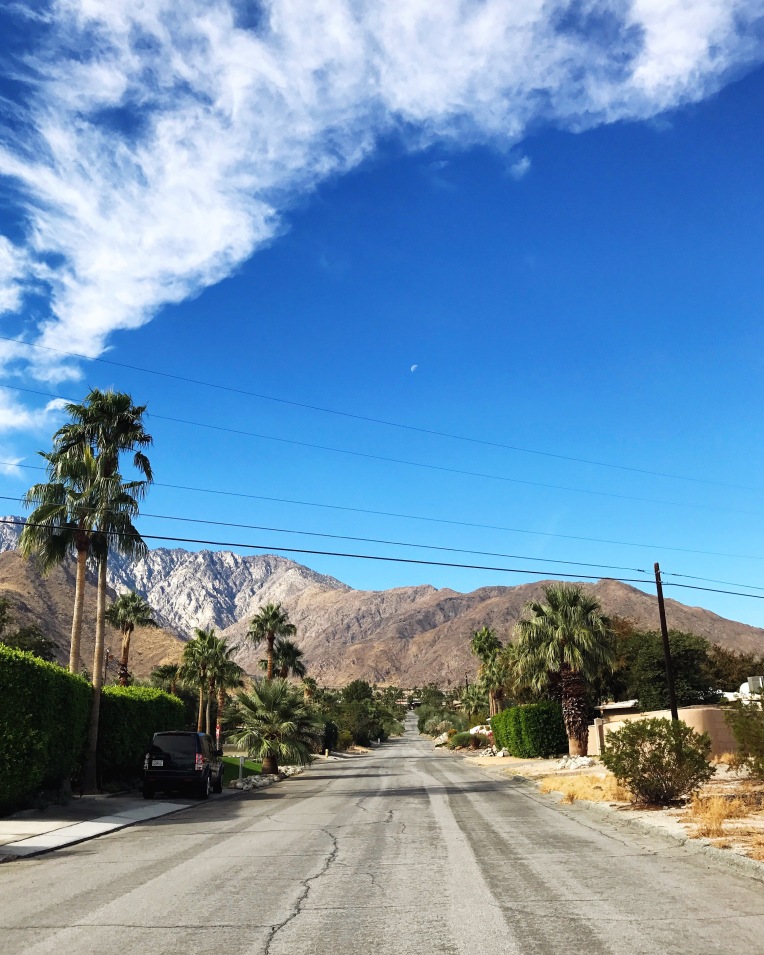 We shot here and then hopped back in the car towards Salton Sea, however we didn’t quite make it there…

Finding a perfect patch of wasteland lined with palm trees we turned off track to get some shots. After Curtis thinking it would be a good idea to get some shots of me driving around in the car- baring in mind I don’t have the best track record when it comes to driving- I somehow managed to get the car stuck in sand! Cutting a long story (and the longest hour of life) short, we had to call for help and be towed out of the sand! Meaning that with sunset at 4:30pm, we were sure to loose light before making it to Salton Sea. We made the most of the time that we had left by shooting on the desert roads and then headed home at nightfall. We’d not eaten much all day after being stuck in the sand so called at Five Guys for a hunger fix!
Images from Curtis to appear here soon. Or keep an eye on my Instagram @kirbyanne.

Day Three. 5:55am. Not so bad today! Met with Curtis again and shot some more sporty images around the streets of Venice. Then it was time to party!

A photographer friend of mine from a previous shoot lives in LA and had invited me to a house party in the hills. I met him in Hollywood and then we drove across to the party. The thing about LA that I find most different to London is that you have to drive everywhere. You either have a car or take a taxi (or cab, should I say). So if you haven’t been to LA before, be prepared to have to either hire a car or spend money on taxis. It’s the easiest way around and the best way to see the most places.

The party was fabulous! We sat outside next to a log burning fire, under fairy lights and the stars, sipping champagne and eating cheese and BBQ food. Perfect! I met plenty of new faces and loved every minute of it. 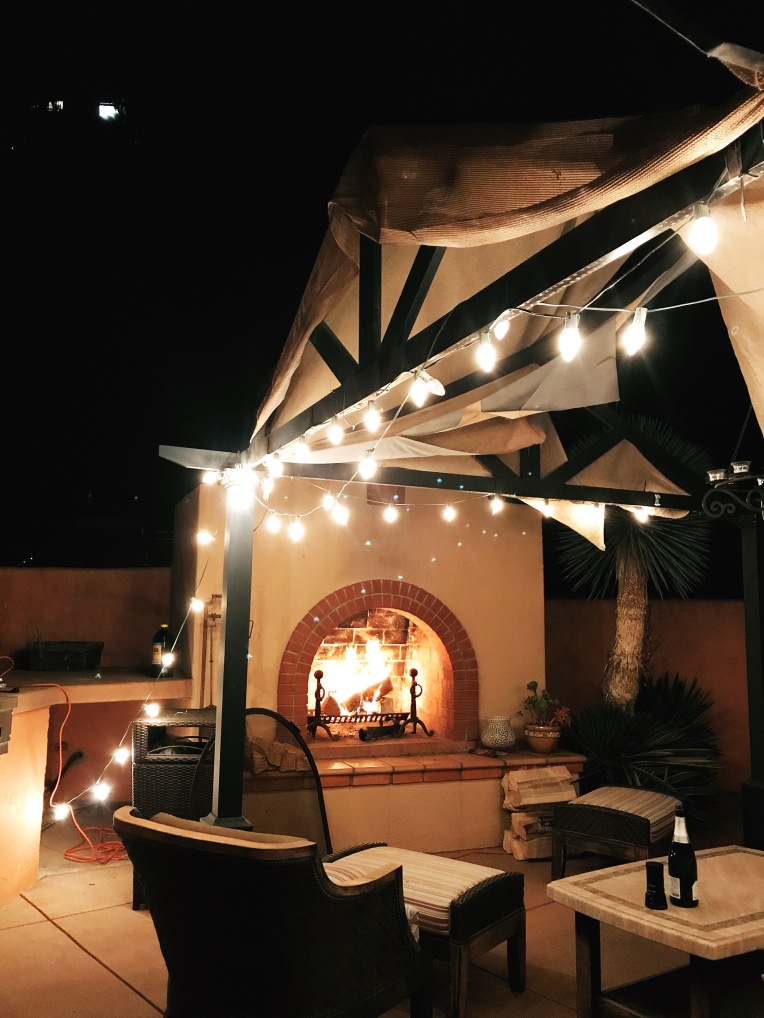 Day Four. 5am. Seriously. This jet lag is getting a little annoying, but hey ho I’m in LA. Who cares?! I’d been planning to have a beach day but it was quite overcast so I headed to Abbot Kinney in Venice to do some shopping. There are so many cute independent shops there. It’s definitely worth a visit, especially for anyone on the look out for something different to what you’d find on the high street. I bought a new tshirt and gold and black skinny belt.

I then met some friends for a Caribbean lunch at Cha Cha Chicken in Santa Monica, which was delicious!! We had the best ginger ale drinks with jerk chicken, plantain and rice. Yum! We then headed to the Santa Monica main strip to do some more shopping. There were more mainstream brands here including American faves such as Victoria Secrets and Barneys.

I had a quick shoot in Santa Monica and then headed home to chill for the evening.

Day Five. 6am. My final morning in my little Venice home. Today I would be joining forces with Puma Team Faster and continuing my LA experience in Downtown LA! I packed up, headed to West Hollywood to walk in at some agencies and then Uber’d it to my hotel in Downtown.

I’ll be posting more about the Puma Team Faster Summit right here soon, but for now I will love you and leave you!

In summary, LA was incredible. The weather in November was still lovely, not too hot and not too cold. The people were so welcoming and friendly- they go out of their way to make you feel at home. The scenery is out of this world and there is so much to see and do. I could have stayed for much longer. Any specific questions about my trip, fire them over! I’d love to be of help! and LA… I will be back! xx